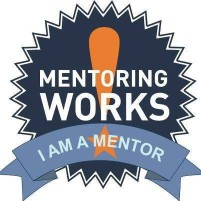 < Previous Next >
+ Add your own event Eventbrite

Dakar Foundation participated in the first leg of our STEAM Career Fair Tour at Junipero Serra High School, Gardena Ca.  Career counselor and economics teacher Bernard McCrumby invited the Dakar team, and we had a memorable day of exchange with classes, but were able to get over 20 students to signup for our next experience.  We’re in discussions now as to how to take the energy to the next level.

The crush of 8-12th graders eager to meet professionals who represented everything from the NFL Network to Flight Academies was conducted with precision and rapid pace.

The Career Fair started with a continental breakfast and an assembly in the gymnasium for all 575 students, and broke out into focused presentations inside of the classrooms throughout periods 1-4.

The highlight for Dakar was our presentation inside of Mrs. Mcaffrey’s Economic Class for 12th graders.  There was a presentation from City National Bank Assistant Vice President, Juan Sosa who talked the importance of financial literacy and the myriad of careers his company represented, and in particular, commercial real estate development for which he’s completing a large project in the city of Compton.

Dakar was finally able to use technology to present the youtube videos of DMA and Revolt to illustrate the range of careers inside of digital media.  The 12th graders were business like in their engagement of Dakar, and had buying questions about how they submit themselves to mentorship, apprenticeship and team building with students from different high school around the south-east part of LA county.

We ran out Revolt stickers, but got all of the seniors engaged with the Dakar team and they exchanged all of their information including their social networks they use to socialize their work and brand identities.  Speaking of social media, we witnessed the Bobo’s story of how social media has changed the game for him.

The young ladies seemed to be the most engaged in meeting the Dakar standard for excitement and personal development and social skills in starting conversation with us about who they were, and what they were seeking from the presenters.

Vince Kates, representing the alumni association at Serra has a well-oiled fundraising program and his presentation at lunch  all provided guest and parents with context and purpose for the Career Fair.  The fundraising, recruitment of mentors, and speaker bureau were just a few of the programs that were touted at the lunch program.

The courtyard seemed to be ground zero for all students who brought lunches and ate with one another while they listened to music and snapped twit and instagrams pics to posts to one another.

Another lasting memory for Dakar was the flock of students who were fascinated with Specialist Dopke in uniform.  Her appearance armed with a Nikon professional camera posed many students to ask her about her story.

The HBCU Black College Expo in town, and we were blessed to have a representation from FAMU.

Dakar has been in conversation with the ODEMO about connecting our student network with career opportunities in digital media, and this STEAM Career Tour kickoff will do wonders in assisting the potential value of our southern California pipeline development initiative.

The current focus is in attracting the Defense Military Activity in mentoring Dakar, and partnering to make our career tour more experiential.   Specialist Doppke, attended training at Fort Meade Maryland, and attested to the value of the training in preparing her for assignment in public relations. 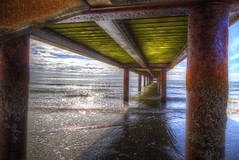